A Drone's Eye View Of Sports

Drones are the newest airborne craze to infiltrate the skies. The military is the most noteworthy entity to explore the immense potential of using an unmanned aircraft. History traces the first official unmanned aerial vehicles (UAVs), back to the V-1 rockets (doodle bugs) of the Second World War.

The idea of a flying vehicle that could cruise over enemy territory without risking a pilot has been the primary focus of drone development. However, as these little flying remote controlled mini-robots have been perfected, they have been spotted trolling the skies over major sporting events. Here's how drones are making their way into the world of sports.

One of the first remarkable ideas to use a drone to produce never before seen camera footage of a sporting event was at the 2014 Winter Olympics in Sochi. When the spectators saw the drones hovering around over the slopes at the downhill competition, most thought they were there just as a security measure to spot potential terrorists or protesters.

Once live shots of the skiing shots were broadcast worldwide on television, people became amazed at the unbelievable aerial video that was being aired. By using drones, the television crews could manipulate cameras overtop the steep slopes, where previously the only available spots were from balloons or blimps high over the mountaintop. With little miniature flying robot cameras, the visual perfection was like nothing the sports viewing world had ever witnessed.

One of the lost visuals of watching baseball games on television is the course that a baseball takes when it's launched deep into the outfield. Spectators at the ballpark can easily watch the trajectory, but fans watching at home on the television rarely see fly balls that travel in the air.

The real-time excitement of a spectacular home run is lost to the televised audience. That is, until drones were strategically flown around the stadium, each equipped with a highly sensitive camera lens to pick up and follow the arc of a baseball batted towards the sky. While the technological aspects of the cameras themselves need some fine-tuning, the ability for drones to track airborne baseballs is available.

Using precise overhead camera angles, home runs will be able to be tracked and even balls that are high above the outfield foul pole can be reviewed by umpires to accurately see if the ball landed fair, or foul. There was even a drone that hovered over home plate giving a whole new perspective on the inside and outside parts of the strike zone.

First Down and Drone to Go?

Recent technological advancements gave professional football the ability to stabilize a camera over the field using a cable system. Of course, the cable lines had to be extremely high in the air, were expensive to install, and really didn't offer enough quality imagery to justify the cost.

But drone designers had the idea that if set up with video cameras and programmed to hover over precise areas of the field, drones could offer viewers a never before seen aerial view of a football play. Now they haven't replaced the famous blimps yet for aerial shots, but 300 of them soared over the stadium in Houston during the Super Bowl halftime show.

As the control features and camera stability are perfected, overhead flying drones will become an important part of the instant reply process in football. Sometimes the angles on the field are not conclusive enough to see how far a football player has advanced, but a robotic camera flying directly overhead will not lie.

Once perceived as nothing more than a way to spy on or attack a military target without jeopardizing a human life, drones are now looking to venture into a whole new ballgame. From the slippery ski slopes in Sochi to the gridiron grass at Super Bowl LI, drones are making their mark on the world of sports. For more information about drones or drone lessons, look for drone flying classes near you.

Read in about 4 Minutes 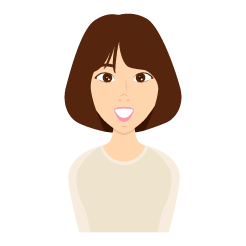